A type of road marking which is new for Whanganui has recently been added to a town centre intersection.

“With its network of shared pathways Whanganui is a very appealing city for people who want to get around town by bike.

“Adding hook turn boxes makes Whanganui even better for cyclists because it gives them a safer way to turn right at busy intersections,” Norman Gruebsch says.

By doing a hook turn, cyclists avoid having to cross in front of traffic travelling in the opposite direction. Instead, they can stay on the left side of the road at all times.

Norman Gruebsch says he wants to get the message out to all road users so drivers understand cyclists’ behaviour at these intersections.

A hook turn is a right turn you complete in two steps: 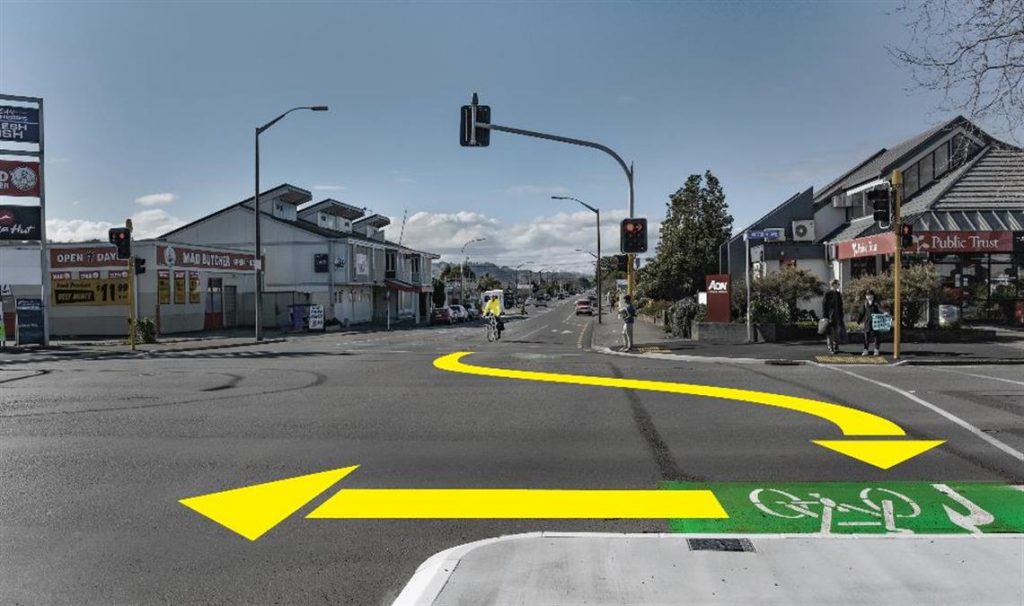 Cyclists can complete a hook turn at most intersections, even if there is no hook turn box marking.

Check out Christchurch City Council’s video on hook turns to see one in action and to find out more.